Fire Flower, Brown Mushroom And Power Petal (And Others In Power-Up Selection)

Koopa can pick 2 items to bring with him before the first fight. If Bone Flower or Dragon Scale was chosen, Then Koopa cannot pick a second item

In the rest room, There are 3 items if Koopa needs a new item. A fire flower, A mushroom, and a Flight Petal 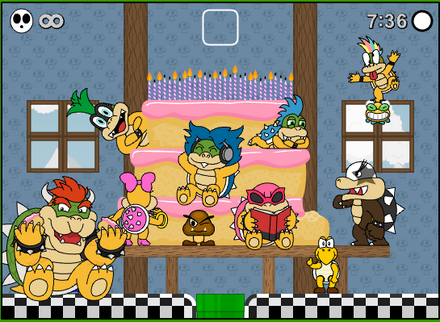