The gameplay most likely will resemble the one of AKR2, but there will be instead 4 characters, this time with unique designs and a world map functioning similarly to the one of SML2.

There will also be unique features, such as a Lakitu Shop and characters being affected differently by the same powerups.

Koopa wears a hat and has a cracked shell. He will retain his shell-sliding ability.

When equipped with a Fire Flower, Koopa will be able to breathe fire again like in AKR1

Goomba wears a yellow bowtie and pink shoes. Goomba is female. Goomba will have a spin-jump and an air twirl from New Super Mario Bros.

Shy Guy is no longer green and he is now red. His design may change during development. Shy Guy will have the charged jump from Super Mario Bros. 2

Piranha Plant is a new playable character, They will be in a Pipe. Although they look more like a generic Piranha Plant and will be changed. He may have the ground pound ability 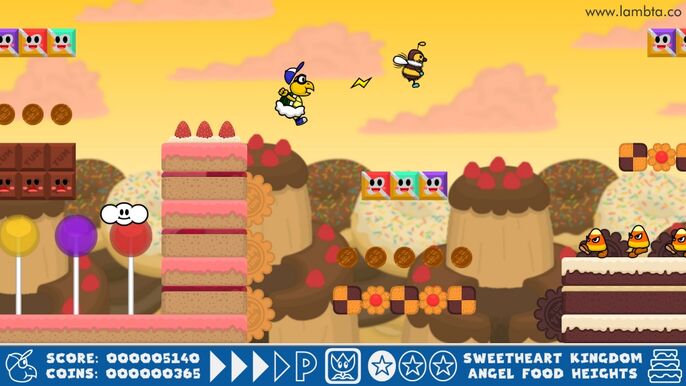 Some brand new enemies are most likely going to be added. A candy corn like enemy will appear in the game.